Douglas Sirk, Hail, Caesar!, and the truth about The Truth About the Harry Quebert Affair - Reviews #230

Plus: Warhol, a sleeper and the development of an unexpected crush. 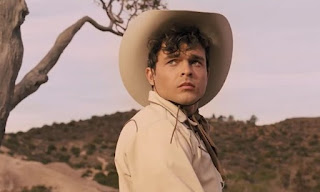 CINEMA: Hail, Caesar! (Joel Coen, 2016) - The Coens’ 17th movie is a sort of Hollywood-on-film cartoon, following Capitol Pictures’ head of physical production, Eddie Mannix (Josh Brolin), as he deals with a litany of problems, some of them day-to-day – an ingenue posing for soft-core shots, another getting pregnant (shades of Loretta Young) – and some not, like his principal star (George Clooney) being kidnapped by ‘The Future’.

It reminds me a little of Boy Meets Girl, the excellent behind-the-screen comedy written by the Spewacks and made by Warner in 1938, and the studio world it depicts has rather more to do with that period than the 1950s, an incongruous setting apparently required by its plot about fifth columnists.

In fact, as much as it may appear to capture the Old Hollywood era, little of the film really does: Scarlett Johansson’s splashy number utilises Busby Berkeley effects that he never threw into his Esther Williams numbers – from kaleidoscopic formations to bubbly cuts – Channing Tatum’s ‘No Dames’ routine has none of the imagination or escalation of a proper Gene Kelly dance number, and the principal film-within-a-film, Hail, Caesar!, is just a standard knock off of Wyler’s interminable Ben-Hur. Still, they understand how aspect ratios work, which is one up on most people who try to take off old films, and the name-check for Blessed Event was very welcome.

Some bits succeed, with Alden Ehrenreich giving a simply lovely performance as a Western hero ill-at-ease on a drawing room set (his “Would that it were that simple” conversation with director Ralph Fiennes is gold, as is his spaghetti lasso) and the scene between Mannix and his various religious advisors is extremely funny, but neither that nor the post-modern material about Hollywood communists is going to make much sense to anyone without an in-depth understanding of Hollywood history – and anyone who has that is going to see the holes in the rest of this pastiche. Added to which, some of it is frankly just rubbish, including Tilda Swinton’s bit as twin gossip columnists (give me strength), and a dreadful scene with Frances McDormand, one of those smug Coen routines that pranks the audience for daring to care about the characters.

Incidentally, the real Mannix – who gives this character his name and half his job-description – was basically the worst human being in Hollywood. I’m in love with the studio era, for all its flaws (and both its flaws and its virtues are handily summed up in a brilliant little discussion between Clooney and Brolin), but this insubstantial film doesn’t evoke it in any meaningful way, preferring instead to heighten its depictions to the point of parody, and then rip the piss out of the result, a smug, duplicitous relationship that colours too much of the Coens’ work. It could have been great, but it’s not. (2.5) 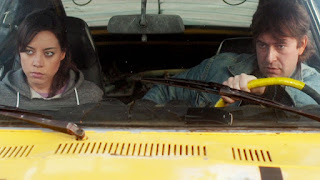 Safety Not Guaranteed (Colin Trevorrow, 2012) - An unexpectedly fantastic movie – based on a classified ad – about journo Jake Johnson and intern Aubrey Plaza going in search of eccentric Mark Duplass, who believes he’s built a time machine. It has a distinctive (and hilarious) sense of humour, a penchant for the unexpected and an abundance of genuine human emotion, thanks chiefly to the chemistry between Duplass and Plaza – both of whom are superb, though especially her. The way she looks at him when they’re by the campfire is worth five stars by itself. (4)

The Tarnished Angels (Douglas Sirk, 1957) - An atmospheric, hard-as-nails Sirk film, adapted from William Faulkner's Pylon, about the seedy, booze-soaked world of carnival flyers. Robert Stack is an embittered war hero racing for chicken feed, Dorothy Malone his lonely, lovelorn wife, Jack Carson the mechanic in love with her, and Rock Hudson a journo who falls under their spell. It's astonishingly well-directed - a bit of dodgy back-projection aside - with a stunning look, nasty, brooding performances, and a texture and toughness that's all its own. A bruising little classic. (3.5) 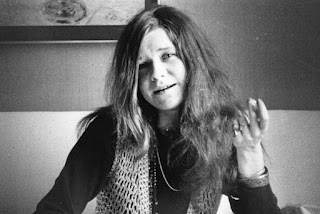 Janis: Little Girl Blue (Amy Berg, 2015) - I've been listening to Janis since I was a kid, but my knowledge of her life was piecemeal, cobbled together from various magazine features. This was a well-rounded, affecting portrait that went down a couple of blind alleys (the Summertime segment is really muddled) but left a strong impression.

- How fucking sexy was Janis Joplin on stage?
- The version of Ball and Chain at Monterey may be the greatest five minutes of film ever shot (no hyperbole, honest). Trust Pennebaker to get her heels coming up off her shoes too - which other filmmaker would have thought of that? I'm saying he's a great documentarian, not a foot fetishist.
- Chan Marshall's readings of Janis's letters aren't nearly as good as Ellie Bamber's was at Letters Live.
- American women referring to their boyfriends as "daddy" during sex is quite weird.
- I'd never thought of Pearl as vastly expanding what was asked of Janis's voice, but they're right - it really did.
- No rise-and-fall music doc can apparently match Amy (and I've seen a *lot*), but this one lifts you higher and cuts you deeper than most. The clips of her arsing around are delightful, the live footage is exhilarating... until Woodstock, but the 'ugliest man' anecdote, the school reunion interview and the telegram absolutely floored me.
- WHAT A VOICE 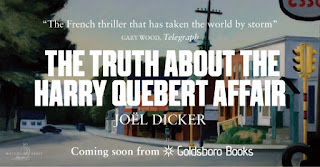 The Truth About the Harry Quebert Affair by Joel Dicker (2012) – This publishing sensation comes with a blurb quote from Philip Schofield (“It’s a terrific story and I’m loving it”) and another from the German press, saying that it’s better than Philip Roth. Frankly if you think this is better than Philip Roth, you should not have any job, let alone that of a book reviewer. It is a bit like Philip Roth, though, chronicling tragedy in an effectively evoked small American town, with our tour guide a novelist exploring his hero’s past – shades of the incredible American Pastoral, the best book I read last year. It’s shallow, often cliched hokum written in trite prose (at least in the English translation), not as funny as it imagines nor nearly as profound, while its book-within-a-book – supposedly the defining literary achievement of the past 50 years – is frankly bobbins, but if Dicker’s novel is nothing but plot, thank goodness that its labyrinthine plot is crafted with virtuosic meticulousness, making it a gripping and compulsively readable book, impossible to put down and almost as tricky to second guess. If you don’t go in expecting high art, you should find the rewards considerable. It’s a terrific story and I loved it, with considerable reservations. (3) 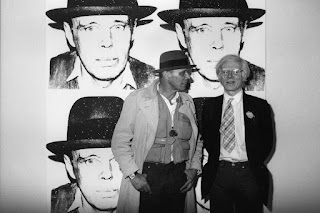 Andy Warhol (Ashmolean Museum) - A small, brilliant celebration of Warhol's work, from striking but superficial tracings of socialites and celebrities to loops of experimental films and bold, brilliant, perfectly contextualised prints, the best of which finds him sticking great big honking portraits of his friend and polar opposite Joseph Beuys on a cheap laundry bag. From this vantage point, he seems more like a conflicted commentator on his times - bemoaning the unthinking acquisitiveness of art collectors while being commissioned to draw titled millionaires - than a hypocrite, pushing the boundaries of both imagery and popular culture, and exploring his own obsessions and failings, as he cuts a singular swathe through counter-culture and then mainstream America. (4)

Thanks for reading.
Posted by Rick Burin at 12:54