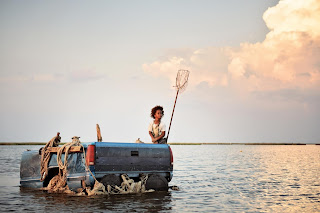 Beasts of the Southern Wild (Benh Zeitlin, 2012) - A young girl named Hushpuppy (Quvenzhané Wallis) - living in a slum area called The Bathtub - faces down flooding, her father's ill-health, and six fearsome monsters she believes she has let into the world, in this dazzling slice of magical-realism. "I made the whole world get sick," she boasts bleakly in one of the deleted scenes. Kicking off with the best opening five I've seen in a long time (that firecracker run and that music - wow), Zeitlin plonks us into a vividly-realised universe, viewed through the eyes of a perfectly-drawn heroine who speaks in bold, Faulkneresque language that bridges the gap between wisdom and innocence. And who isn't averse to standing on a table, roaring and showing off her guns.

The story, which avoids convention at every turn, winds - like the film's overflowing river - through strange, at times almost hallucinatory encounters at a bar, a hospital and a floating stripclub without leaving us behind, building exponentially on the connection between father and daughter, and trading on the stark simplicity of its young star, who has the best voice in movies and gives the most entrancing performance by a child that I've seen in a decade. There are moments, at least on first viewing, where the film's rhythm seems slightly off, where this refreshingly original film - recalling the poetic African-American feature Killer of Sheep in its bracing rejection of formula - seems to falter for a minute or two, a scene outstaying its welcome or another leaning towards pretension, but it always drags it back, thanks to that script and that performance. It's one of those movies, those glorious one-of-a-kind movies, where the freshness of the concept, the scale of the ambition, and the virtues of acting and atmosphere overwhelm such trivial considerations as plot, pacing and possible posturing. A great film, in other words. (4)

See also: This leapfrogs A Star Is Born and The Kid with a Bike - wonderful movies both - to become my favourite film of the year so far.

These other two were the first films in Clintfest '13, happening exclusively at my house, in which I watch some of those Eastwood films I've taped off ITV4. 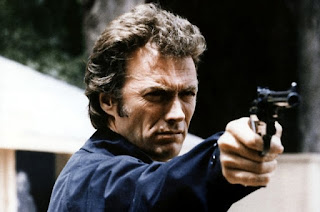 Magnum Force (Ted Post, 1973) - Dirty Harry returns for this slick but unexceptional sequel, written by John Milius and Michael Cimino, in which Clint's staggeringly trigger-happy cop hunts down a vigilante who's offing drug dealers, mobsters and pimps - much like the idea pitched by Sam Rockwell in Seven Psychopaths. It's a promising premise, but the potential to explore the morality of Callahan's own commitment to bloody violence is almost completely squandered. It isn't that the script doesn't want to engage with those ideas - that seems to be its raison d'etre - it's more that it doesn't know how, as it tries, and fails, to address the criticism directed at the fascist (though classic) original simply by having Clint murmur something reconciliatory about the system being broken, but it being the only one they have. As a code of ethics, and coming from a character who fucking loves shooting people, it's just too muddled to engage with, on either an intellectual or emotional level. The film also fetishes guns to an almost hysterical degree, allows its hero to foil a plane hijacking in his lunch hour, and is saddled with a tedious action climax that's extremely difficult to follow. Still, it is otherwise well-directed by TV veteran Ted Post, the basic story remains very entertaining - at least until a misjudged twist near the end - and a good cast helps, with Hal Holbrook showcasing his familiar persona as a patronising authority figure. (2.5) 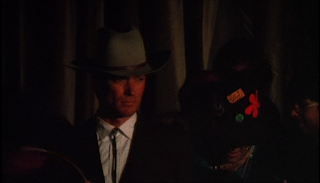 Coogan's Bluff (Don Siegel, 1968) - Reactionary nonsense with Clint as a deputy sheriff from Arizona who turns up in New York to beat up hippies and women (though they started it). If you can get past the scene with all the rape jokes and the bit where he slaps around Tisha Sterling - and it is a struggle - it's a diverting enough piece of right-wing wish-fulfilment, with a lively bar fight, an agreeably arsey supporting performance from Lee J. Cobb, and a truly memorable one from Sterling - the daughter of '40s leading lady Ann Sothern - playing a voracious, bob-cutted counter-culture siren who uses sex both as a weapon and to make a living. There's also a sequence in which Clint goes to a nightclub and growls something fierce at a succession of boobs and same-sex couples, all to the tune of a phony, cod-psychedelic number called The Pigeon-Toed Orange Peel. Which is the name of the nightclub. Yes, really. It's not a great film, then - and its action climax is seriously boring - but it is a key credit in Eastwood's career, allowing him to make a seamless transition from Westerns like the Dollars Trilogy to present-day cop films such as Dirty Harry. Betty Field, who I usually enjoy, appears as a kind of crap Claire Trevor. (2.5)

Thanks for reading. Join me next time for some Dardenne Brothers-related fun, and the continuation of Clintest '13. It should be up some time next week.
Posted by Rick Burin at 13:08