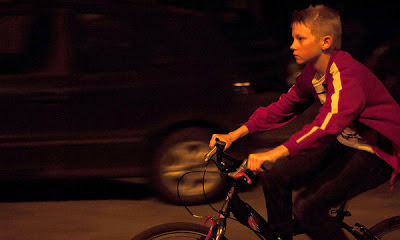 *MINOR SPOILERS*
The Kid with a Bike (Dardenne brothers, 2011) - A young boy (Thomas Doret) with behavioural issues tries to reconnect with his absent father (Jeremie Renier), is fostered by a selfless hairdresser (Cecile De France), then gets involved with a vicious, supercilious gangster (Egon Di Mateo), in this astonishing human drama. I've met quite a few people like the damaged, confused, painfully insular and sporadically aggressive hero of The Kid with a Bike, but I've never seen a movie about one before, and capturing real life on film in this way is to be applauded in itself.

The script and performances are note-perfect, and there's also an invigorating lack of extraneity in the storytelling: the linking scenes you'd find in most films are ruthlessly excised, so everything - even the scenes of the titular kid on his titular bike - serve the gutting, heartbreaking narrative, in which the viewer's response to almost every exchange is, "That's a shame", in which the aimless, lonely protagonist - devoid of masculine guidance - smashes two people with a baseball bat as an act of love for two male role models who throw the gesture back in his face, in which the only real point of comparison - in terms of bleakness, bicycles and the welcome shaft of light at the close - is De Sica's Bicycle Thieves.

The film has elements of fatalism without being pessimistic, tells a simple story that never looks for an easy way out, and eschews sentimentality while radiating a bold and uncompromising sense of humanity. It moved me very deeply. 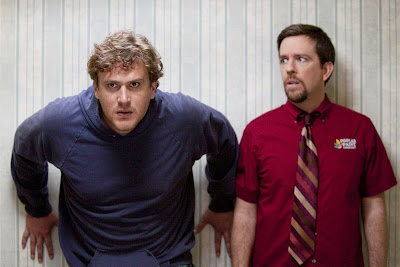 Jeff, Who Lives at Home (Jay and Mark Duplass, 2011) – An emotionally articulate, unusual and deceptively wise film about fate, the universe and the frustrations and disappointments of adulthood, as full-time slacker Jason Segel ventures out from his mum’s basement and begins a tentative day of discovery, interacting with his uptight brother (Ed Helms) and trying to read some mysterious cosmic signs (following several viewings of the film Signs) that relate to the significance of the name Kevin. It’s funny, unpredictable and full of insights about love, loneliness and life, aided by Segel’s fine performance, though a subplot about mum Susan Sarandon’s romantic re-awakening seems a bit forced – and smugly progressive – in comparison. Despite that, and some concessions to conventionality, this consistently interesting indie is still likely to blindside you with the originality of its plotting, the strength of its dialogue and the courage of its convictions. Not that the film doesn’t have a couple of kindred spirits, recalling Matt Bissonette’s – which also concerned two brothers re-connecting during one long, strange day, and is even better – as well as The Tao of Steve, another movie with a philosophical stoner for a hero. (3.5) 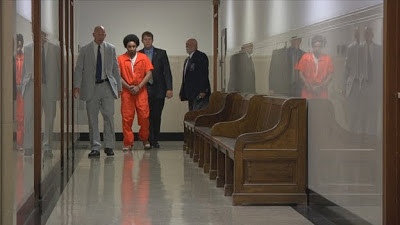 The House I Live In (Eugene Jarecki, 2012) is a powerful polemic against the War on Drugs, which Jarecki argues is really a war on communities that began as an issue of race, and is now one of class. Assisted by scholars, addicts, dealers, law-enforcers, a judge, one of the creators of The Wire and a series of prisoners (500,000 US citizens are currently in jail for non-violent drugs-related offences), he forms a compelling and invigorating case filled with revealing and shocking detail. Like how the media storm around crack cocaine in the ‘80s (powder cocaine + baking soda + water + heat) saw the introduction of sentences 100 times more punitive than for the original form of the drug. That a “three strikes” policy advocated on film by Clinton has seen a drug addict who trafficked to feed his own habit jailed for life – without parole. And that while only 13 per cent of crack users in the US are African-American, 80 per cent of those behind bars for crack offences are. I didn’t think I could think less of how the US treats its African-American community after Steve James’s The Interrupters, but it turned out I could. As a film, it’s a little messy – curious, considering that Jarecki was responsible for that sleek, streamlined, immaculately-edited Reagan doc – while the decision to frame his investigation in the first person feels misguided, leading to some weak and irrelevant passages, but it’s an important and impassioned work that raises many crucial questions, all of which must be answered by American law-makers. (3.5) 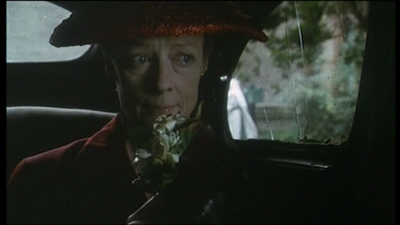 *SPOILERS*
The Lonely Passion of Judith Hearne (Jack Clayton, 1987) – A great performance in search of a great film, as meek, lonely, religious Irish spinster Maggie Smith loses her faith and her mind after being spurned by selfish would-be entrepreneur Bob Hoskins. Smith is absolutely extraordinary – fully immersed in a characterisation so real and true that the film feels almost intrusive – and her flashback sequences, reflecting on a her life spent caring for her addled aunt driven mad by a stroke, provide at least one truly great scene for the mighty Wendy Hiller. But the story is all over the shop, sometimes boring, often laughably overwrought, with supporting characters who’d seem more at home in either gothic melodrama or ‘70s sitcoms – especially ludicrous, slimy, be-moobed poet Ian McNeice – while Hopkins is oddly poor (and cursed with a lousy American accent), and the film expects us to be more disgusted by his character wanting Hearne for her money than the fact he’s a rapist. When Smith’s pitiful, self-pitying character is on screen it works and there are some incredibly powerful passages towards the end, particularly her drunken confrontation with parish priest Alan Devlin and subsequent explosion of emotion at the altar, railing furiously at God, before scratching desperately at the tabernacle and pleading to join him. It’s just a shame that such a remarkable performance, such a stunning study of mental illness, religious doubt and abject loneliness, isn’t housed in a more credible, coherent film, though it’s still worth it to see Smith at the peak of her considerable powers. (2.5) 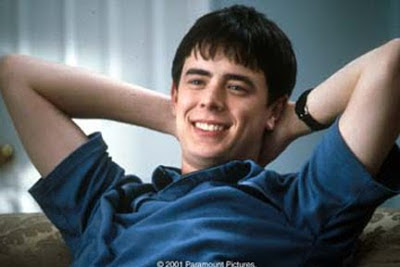 I don't know what you're looking so smug about.

Orange County (Jake Kasdan, 2002) – When an aspiring writer (Colin Hanks) with a dysfunctional family sees his attempts to get into Stanford University scuppered by an incompetent school administrator (Lily Tomlin), he decides to drive there to talk them round, with his girlfriend (Schuyler Fisk) and stoner brother (Jack Black) in tow. Fisk is excellent, Kevin Kline has an unexpectedly effective bit near the close (the way he's incorporated is almost magical) and there are amusing cameos from Tomlin and Ben Stiller, but I found this an unimaginative, comedically lazy film, hampered by an emotional fraudulence that renders its stabs at poignancy completely hollow. It probably would have worked a bit better with Tom Hanks in the lead, mind. Even in 2002. (2)
Posted by Rick Burin at 20:27