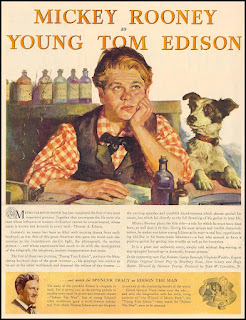 Young Tom Edison (Norman Taurog, 1940) - Captivating Americana based on the boyhood of the famed inventor, played here by Mickey Rooney, who is kicked out of school for his intense inquisitiveness - and his habit of staring out the window, and that big explosion - is branded "addle-pated" by the townsfolk, but ultimately comes good. Rooney's stock persona was as a brash, cartoonish know-it-all who gets a lesson in humility (at which point he starts crying and saying sorry), but his best performances came when he was asked to calm down and actually act, doing extraordinary work in The Human Comedy and National Velvet. He's superb here - using slightly broader strokes than in those seminal later performances - and surrounded by a cast of top character actors, including Virginia Weidler as his affectionate sister, Fay Bainter as his protective mother and George Bancroft as a stern patriarch with impressive sideburns but an unfortunate propensity to ignore his son's protestations of innocence. It's a wonderfully-mounted production, with a literate script that mixes things that actually happened, things you wish had happened and MGM staples like the family sing-along. And it climaxes with two extraordinary, unbearably tense suspense sequences. If you're a cynic, just don't bother. For everyone else, this is a rosy primer on Edison's early years and a poignant, exciting and flavourful example of MGM at its absolute best. (4) 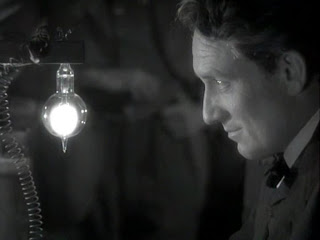 Edison, the Man (Clarence Brown, 1940) - The second part of MGM's Ed-stravaganza, prepared by the same producers, was released two months later but featured an all-new cast, with the story picking up a good decade later. It's a more conventional biopic, with an unnecessary framing device and the needless fabrication of a villain (though if they were going to insist on a chubby, selfish financier standing in the way of progress, at least they had the decency to make it Gene Lockhart), but the story is engrossing, MGM's top production values are still much in evidence and there's a good central performance from Spencer Tracy - if not one of his very best. Incidentally, he was so affronted that the film didn't get nominated for a Best Picture Oscar that he never attended the event again. (3) 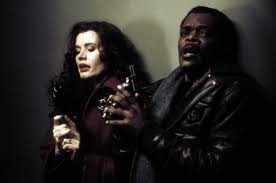 The Long Kiss Goodnight (Renny Harlin, 1996) - Amnesiac Geena Davis delves into her past with the help of a low-rent PI (Samuel L. Jackson) and discovers that she used to be a deadly assassin. Meanwhile, her psychotic old adversaries find out she's still alive. This Shane Black concoction is shlocky, ridiculous and morally confused, but also incredibly entertaining, with a great performance from Jackson, dozens of brilliant jokes and a knowingly over-the-top climax that is one of the funniest, silliest and best things I've seen so far this year. (3.5) 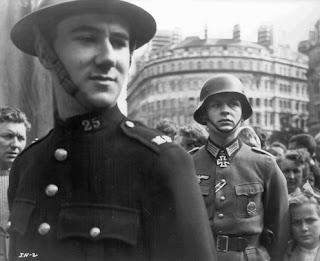 *SPOILERS*
It Happened Here (Kevin Brownlow and Andrew Mollo, 1966) - Brownlow and Mollo's film has some bad acting and confusing plotting, but achieves something truly remarkable in convincing you that the Nazis really did occupy Britain during World War Two, and that Our Finest Hour was shortly followed by Our Collapse and Our Shameful Period of Collaboration, with Jewish areas ghettoised, resistance fighters betrayed and sick men euthanised. It's also remarkable in failing to provide any moral heroics - or moments of catharsis - while articulating with invigorating intelligence and a clear understanding of history and rhetoric exactly how collaboration would have been justified. A shame, then, that it starts so poorly and that the documentary levels of realism are undermined by the non-professional cast. (3) 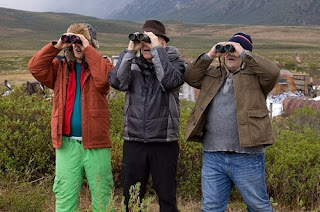 The Big Year (David Frankel, 2011) - "Birders" Jack Black, Owen Wilson and Steve Martin compete to spot the largest number of species in a calendar year, in this sweet-natured comedy-drama. Gratifyingly - given the presence of Black and Martin - it leans towards realism rather than zaniness, and while there are no real belly laughs or revelations, it's all very pleasant. (2.5) 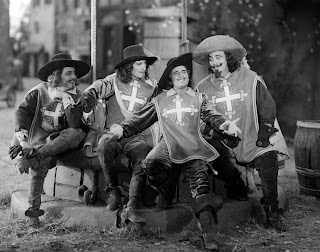 *SPOILERS*
The Iron Mask (Allan Dwan, 1929) - Douglas Fairbanks' farewell to silent swashbucklers has one of the greatest openings to a film I have ever seen - including D'Artagnan's exquisite, playful courtship of Constance - and climaxes with an utterly staggering final scene. What comes between is often excellent, but sometimes undermined by serving Dumas' story too slavishly, with dense plotting at the expense of action and character drama. It's still a great movie, better in fact than The Three Musketeers, with many wonderful vignettes and a fittingly heavy human cost that is rare in Fairbanks' films. (3.5) 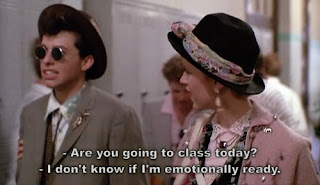 *SPOILERS*
Pretty in Pink (John Hughes, 1986) - Hughes's best film is an affecting teen drama about lovers from literally the opposite side of the tracks. Molly Ringwald is all homemade clothes and vaguely subversive socio-political leanings, while Andrew McCarthy is a "richie". Their budding romance is threatened, ahead of the prom, by their suspicious friends, including Ringwald's obsessive suitor (Jon Cryer) - who likes round shades, fast patter and leaping around a record store miming to Otis Redding - and McCarthy's horny bleach-blonde buddy James Spader, who's a dick. The leads are very likeable - well, except for when he bails on her, and when she calls her acolyte a "retarded little dwarf" - but the really great performances come from Cryer, who's moving, funny and most importantly credible in a potentially cartoonish part, and Harry Dean Stanton, as Ringwald's depressive father. In some ways it's a typical Hughes movie - full of rock music, teen angst and drunken parties, everything dripping with '80sness - but it's more incisive, mellow and heartfelt, without concessions to either idiotic humour (hello, Sixteen Candles) or heavy-handed speechifying (The Breakfast Club, I'm looking at you). A little gem. (4) 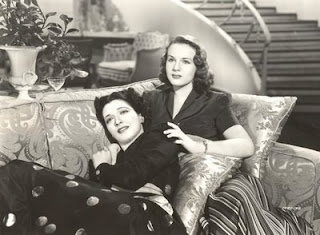 It's a Date (William A. Seiter, 1940) - Deanna Durbin wants to be an actress like her famous mum (Kay Francis). So when she lands the role of a lifetime, she's understandably chuffed. Unfortunately, her mum thought she was going to get the part. And they both want to get off with the same guy (Walter Pidgeon). This transitional vehicle for former child star Durbin has its fair share of cliches and contrivances, but it's appealing, particularly well-photographed and seems to have a genuine understanding of acting and the theatre, courtesy of screenwriter (and playwright) Norman Krasna. As for Deanna, her character isn't as obviously sympathetic as usual - she's a bit of a drama queen - but her songs are mesmerising (including Loch Lomond, Love Is All, Ave Maria and an aria from La Boheme) and that "smitten" routine with the glazed eyes and steady voice that she does in the penultimate scene is absolutely hilarious. She had everything. The excellent supporting cast includes Cecilia Loftus, Eugene Pallette, Henry Stephenson, S. Z. Sakall and Samuel S. Hinds. (3) This was the last of Durbin's 21 features I got around to, and one of two still unavailable on DVD in the UK or US. 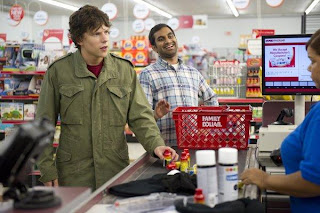 30 Minutes or Less (Ruben Fleischer, 2011) - Pizza delivery driver Jesse Eisenberg is having a bad day. He's just fallen out with his best friend (Aziz Ansari) when an annoyance with a goatee (Danny McBride) straps a bomb to his chest and tells him to rob a bank. This lively comedy-thriller boasts a hilarious performance from Ansari ("'Do you think Lisa will go out with me?' I don't think so - she's laughing in your face!"), great chemistry between the leads and an entertaining, twisty-turny narrative, but relies too much on unfunny sex gags in its first half hour and stops dead every time McBride turns up. I don't know why all those talented people on the DVD documentary are falling over themselves to praise him - he's a no-trick pony. (3)
Posted by Rick Burin at 12:42