I reviewed the films on the BFI's Frank Borzage Vol. 1 DVD here - they're both fantastic (the films, not the reviews). Vol. 2 is more of a mixed bag. The first write-up is very heartfelt and about all high-falutin' things. The other two are mostly jokes: 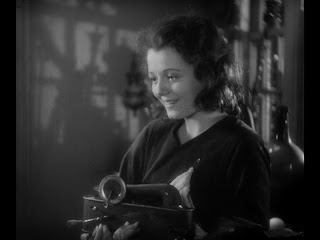 *SPOILERS FOR VARIOUS BORZAGE FILMS, INCLUDING THIS ONE*
Lucky Star (Frank Borzage, 1928) - "Last night I dreamt that somebody loved me," Morrissey once moaned. "No hope, no harm, just another false alarm." There's surely no-one living who hasn't, before ultimately finding some excellent brunette who also likes Melvyn Douglas, woken up with a hollowness in their middle, wishing those heady, involuntary ramblings of the previous hours were real. It's only Frank Borzage, though, who ever came close to capturing the gentle, lazy, in-sync rhythms of a romantic dream. Yes, his silent dramas feature mad dashes to the finish, with near-biblical love-fuelled miracles that restore mobility, faith and even life itself, but it's the tender mid-sections that are often the most remarkable (Street Angel is the glorious exception), rich in exploration and that most underrated of emotions - fondness - as the characters quietly circle one another in a dance of romance. Love stories in Borzage films honour honesty, patience and selflessness, while celebrating quirks of human behaviour rarely lauded on screen: naivety, innocence and loyalty beyond measure. While the forces manipulating his characters can seem clunky or excessively melodramatic - if in doubt, he tends to just send Charlie Farrell to war in France - the central duo, and the love between them, always ring utterly true. In their purest, sweetest incarnations these characters are played by Janet Gaynor and Farrell. While he was more of a star than an actor, she was unquestionably and invigoratingly both. I'm not sure I've ever seen an actress with such a startling, natural precision of emotion.

The pair's warm, wonderful chemistry dominates Lucky Star, a pastoral film that sees his straightforward wire-fixer and her amoral farm girl initially at loggerheads, only for the war to intervene (quelle surprise). Brilliantly, they truly connect after she takes some belated revenge on him for a spanking by chucking a brick through his window. Two years later. The film's set-up is amusing and the economical war scenes are nicely done (though the trick of intercutting between villain Guinn Williams grinning his head off and Farrell getting blown up is a little heavyhanded), but it's with the budding of romance that the film truly blossoms. The scenes in which Farrell "makes over" Gaynor - both inside and out, washing her hair and admonishing her for telling whoppers - are subtle, beautifully-conceived and wonderfully played. My favourite moment is when Gaynor drops the needle on her new music player, turning with a blissful expression to Farrell's lonely paraplegic, who's cooped up in his house and watching through that broken window. If Liliom (see below) seems to prove right every misconception about talkies (the utter nonsense you hear about stilted dialogue and bad acting does apply to a lot of sound films made before 1931), then the curiously-titled Lucky Star makes those who ignorantly seek to lampoon silent film look utterly ridiculous. The acting is naturalistic, the pace perfect and the baddie just a big guy trying to get his end away. He may be horrible, but he's no moustache-twiddling caricature.

In 7th Heaven, Borzage contrasted the dankness of an inner-city squat with the transcendence of the action within. Here, he makes the countryside a character: the pain of rural poverty drives the latter stages of the story, just as the airy idyll of the house and the trickling stream beyond piles atmosphere upon atmosphere in the film's immersive second act. Always one to place climactic obstacles in the way of his characters (an endless stream of people going in the opposite direction, redundancy, an iceberg), his final trick is to lob a snow blizzard at them; even the weather conspiring against these true lovers. But through it all their affecting romance never falters in tone or integrity. This, Gaynor and Farrell's last silent film together (they'd go on to make nine talkies, mostly musical-comedies), is one of the sweetest and most touching films I've seen. He equips himself notably well in a tough part - the scenes of his stricken soldier fighting to walk seem unusually realistic; well, apart from at the end - she's simply mesmerising, and together they're just a dream. Someone should tell Morrissey. (4) 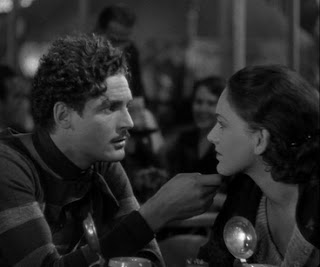 Somebody, please make it stop.

*SPOILERS*
Liliom (Frank Borzage, 1930) - Borzage's first talkie is absolutely dreadful, a lifeless telling of the Carousel story that features much of the worst acting I've ever seen, and moves at the pace of a dead snail. If you cut out all the awkward pauses, it would last about 10 minutes. Charles Farrell is Liliom, a carnival barker and all-round scumbag who snares the heart of a servant (Rose Hobart), while being primed for crime by his pal The Buzzard (my favourite actor of all time, Lee Tracy). Tracy's energetic performance and a few distinctive Borzage visuals are the only comforts in an abysmal first hour, then a celestial train appears - a jaw-dropping piece of invention - carrying H.B. Warner, and you could almost kiss him for injecting some gravitas into proceedings, only for the movie to decide that what it wants to do for an encore is mythologise domestic violence. Oh give me strength. Tracy would go on to become the most outrageously brilliant comic actor of his generation and Borzage would transfer the poetic eye and emotional beauty of his silent masterworks (including 7th Heaven and Street Angel) to extraordinary sound films like History Is Made at Night (a gobsmacking comedy-mystery-romance-cum-disaster-movie), The Vanishing Virginian (a remarkable slice of Americana) and Moonrise (a noir classic). But first, enjoy this complete piece of toilet. (1.5)

Psssssst. This next one is on the disc, but it's rarely advertised as such. You'll find it under the 'Extra Feature' section of the menu. 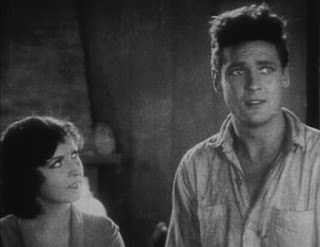 *SPOILERS*
The River (Frank Borzage, 1929) - A quarter of Borzage's tale of fate, flirting and sexual frustation amidst the changing seasons is sadly lost, including the start and the end, but hey, this middle is pretty special. And if you liked La jetee, you'll love the still photos used in the reconstruction of the rest (a similar trick was used in the welcome re-piecing of the 1954 A Star Is Born). Charles Farrell is well-cast as a boyish barge-driver driven wild by vampy Mary Duncan. Unfortunately she's in rather deep with a murderer, who's left a scary crow to keep an eye on her while he's in the slammer. I'm always on the look-out for good movie advice that I can live my life by. What I got from The River is that you can prove your love for someone by chopping down all the trees around their house, and that befriending a hulking deaf-mute man is a good idea if you're expecting a killer to pop round looking for his girlfriend. There are some silly and predictable plot machinations (Mr Deaf-Mute, I'm looking at you - no, sorry, wait, I didn't mean anything by it, I'm not looking at you), but otherwise it's a fabulous film, possessing a stunning sexual charge thanks to Duncan's seductive performance. It's no slutty cipher, either: her one-of-a-kind turn hops between vulnerability, coquettishness, desperation and sauciness in arresting style. The Production Code had its place, but frankly something was lost when a leading actress was no longer able to say "Feel my heart" and get someone to hold her boob. In the mid-section that exists, Borzage doesn't overload on atmosphere - there's that one super set-piece where Farrell performs some overenthusiastic landscape design - but really these aren't the scenes where he would showcase that legendary visual artistry. One can only imagine what he achieved with the opening scene (an idyllic barge ride), Farrell's collapse and the final reel. It's a crying shame that The River no longer exists in its entirety, especially when this loving reconstruction suggests it was another of the director's silent masterpieces. (3.5)
Posted by Rick Burin at 21:21