Bruce Dern, The Fire Next Time, and Fritz Lang being silly – Reviews #269

A mini-update, with a book and two movies. 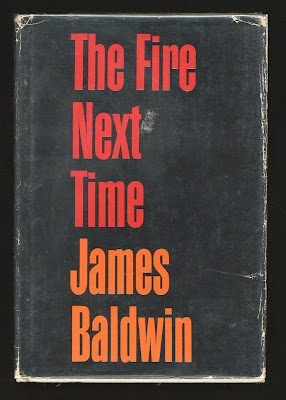 The Fire Next Time by James Baldwin (1962) – This masterly work by James Baldwin, the poet-philosopher of the Civil Rights Movement, may seem superficially dated – written at a time when blacks couldn’t vote – but remains enduringly relevant, articulating the lot of the oppressed black American, but also the white, trapped in a prison of his own making, the shortcomings of his life and society twisted into antipathy against those who have nothing.

Across two letters – one to his nephew and namesake, the other to us – he talks passionately and persuasively of the beauty and strength of the black population, in contrast with the spiritually bankrupt, artistically sexless, self-denying, self-deluding dominant race, drowning in hypocrisy and given its moral authority by a Christianity whose white God has abandoned his black congregation. He rails at the supposed beneficence of RFK – lauded as a civil rights champion – and his ilk, asking why a negro can become President 'in 40 years' time'. Why only one man, exalted above others? Why should they be grateful for this endorsement? And why 40 years? Why not now? 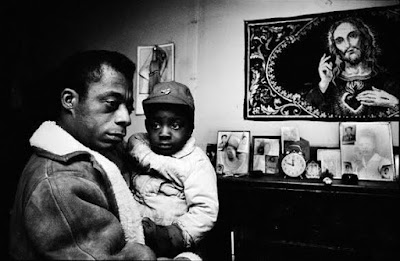 Baldwin rejects, though, Elijah Muhammad’s call for vengeance, demanding instead that blacks and whites re-examine their roles, their relationships and even their lives, in order to forge an understanding, and so an America fit for both. He is writing, really, for a white audience: trying to articulate for them what it means to be black, to have been brought to the country in chains, to still bear the name of those who owned your ancestors, to be without a voice and a vote, feared and loathed and dared to ascend above your allotted station, so they lock you up or beat you down. It’s heartbreaking to read Baldwin’s contention that the state can hardly lock up all African-Americans, and then consider the spiralling prison population documented in the recent film inspired by the author’s work, I Am Not Your Negro.

The Fire Next Time is obligatory reading not just because of its prescience, but due to its far-reaching implications. Its thoughts on the legitimacy of experience, the ‘innocence’ of malignant privilege and the damage that we do by taking refuge in – and taking our cues from – a toxic status quo are messages not just for the far-right, who won’t read them, but for those well-intentioned people who speak when they should be listening (I count myself among them).

Interestingly – and crucially – though, the book isn’t purely polemical. It’s also personal, its conclusions elucidated through memoir: passages recalling Baldwin’s early years caught between the streets and the church, and addressing his relationship with his younger brother – an extraordinarily touching passage alighting upon universal experience. Man can Baldwin write. But more than that, he can think. (4) 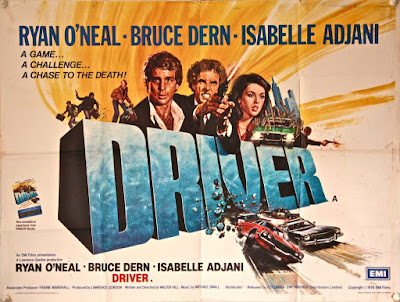 *MINOR SPOILERS*
CINEMA: The Driver (Walter Hill, 1978) – This chilly, existential ‘70s car film was the inspiration for Nicolas Winding Refn’s Drive, being the story of a nameless, impassive getaway driver (Ryan O’Neal), whose style, arrogance and motoring chutzpah make him a Person of Interest to both criminals and cops. You can see the influence of Melville’s sleek, sad Le Samourai, of Bullitt – which had ignited America’s interest in car chases (though it isn’t actually very good) – and of Hollywood’s new model crime film: violent, ironic and lacking in conventional heroes, from Charley Varrick to The Silent Partner.

The supporting cast here are wooden and O’Neal himself wasn’t much of an actor (his first line, following a long, wordless opening, serves to instantly puncture the impression), but he brings a certain sad-eyed weariness to a role where an absence of expression is a virtue, and Bruce Dern is excellent as the sardonic, garrulous detective who hates O’Neal’s guts – though when wasn’t he? Not all of its script lands, but it mixes terse philosophy with cynicism and black comedy quite effectively, and Walter Hill’s handling is first-rate. I speculated at first that it had traded fatalism for twists, and wondered whether that was a good thing. On reflection, I think you get the best of both worlds: the unpredictability and entertainment value of a script whose destination is unknown, but also an ending that's far deeper than it first appears: its storyline as circular and eternal as a Wile E. Coyote cartoon. 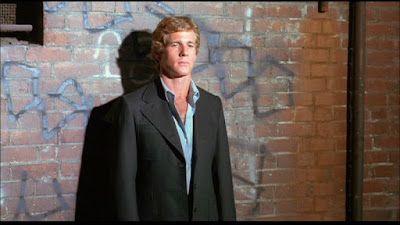 It’s particularly great to see this on the big screen (as part of Edgar Wright’s season of car pictures at the BFI), which throws you into the breathless, exhilarating, squealing car chases that are its raison d’être. A few years ago, I’d have said that nothing would bore me more, but after Fury Road and – curiously – realising during Tabu just what a difference screen size and environment makes to seeing a motorbike ride, I’m coming around. (3)

See also: Dern is an actor I like more and more. I first came across him in Biskind's Easy Riders, Raging Bulls, in which he poured delightful levels of scorn upon the idea that Jack Nicholson was becoming a movie star. Then I saw Silent Running (above) as part of the first live Mayo and Kermode show, at Hyde Park Picture House in Leeds. Later I tracked down Posse, an ingenious revisionist Western, and saw how his countercultural leanings, and his representation of the promise of the '60s – gone to seed – helped to shape the New Hollywood. He's still immense today, in the likes of Nebraska and The Hateful Eight. Seeing The Driver got me thinking about when Dern wasn't excellent: after all, I'd asked the question. Well, he's cut adrift – hackneyed and toothily irrelevant –in Hitchcock's last film, Family Plot, and conspicuously dreadful in Joe Dante's The 'burbs. I wouldn't advise starting there. 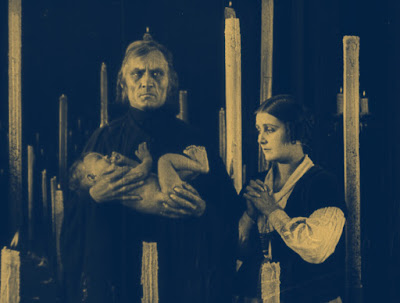 CINEMA: Destiny (Fritz Lang, 1921) – This Fritz Lang silent, based on an old German folk song and recently fully restored by the Murnau Foundation, is certainly an experience. The first 20 minutes is unbelievably boring and stilted, as two young lovers encounter Death (Bernhard Goetzke) – who's just stuck a massive wall up around his domain, like a less objectionable Donald Trump – and we encounter primitive direction, bad acting and dozens of wordy intertitles. If you thought talkies were talky, you should try silents.

Then Lang remembers he's a film director, jarring us out of our stupor by turning a beer glass into an hour-glass, before – from nowhere and nothing – creating one of the most moving moments of his whole career, as grieving fiancée Lil Dagover tries to clutch the spirit of her lost love (Walter Janssen), only for it to pass right through her. Having failed, she next turns to poison, hoping to join him in the afterlife. Instead, the gate opens, she ascends the steps and she meets the reaper, who amidst the burning candles that are human lives, offers her three chances to save her lover's life – all she must do is outwit Death once. The film is in six chapters (Lang clearly ripping off Tarantino, like everyone does), and these fantasy sequences form 3-5, with Dagover trying each time to save Janssen from death. Or should that be 'Death'? 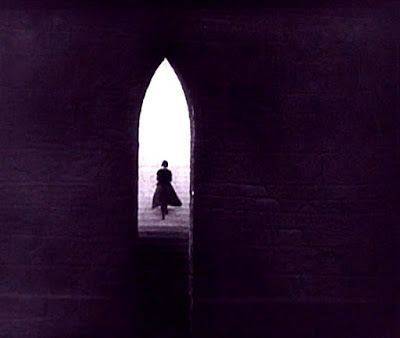 The first, in Egypt, is a sort of Arabian Nights pastiche (but must be set more recently, as Janssen has a gun) – and it's lively enough, with some suitably grand sets. The second, set in Italy around the masked balls of carnival (prefiguring
Posted by Rick Burin at 12:53