Ten things I learned about The Crying Game

*Warning: plenty of spoilers in this one, please see the film first* 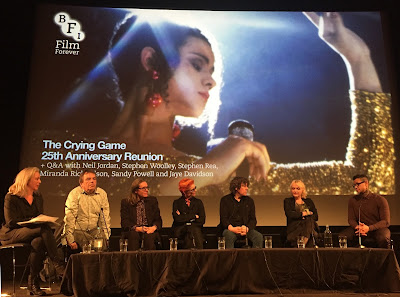 Last night I was privileged enough to attend the BFI's very special cast and crew reunion celebrating 25 years since the release of The Crying Game, the seminal Irish film from Neil Jordan. It's a movie so good that Jordan, who finds it almost impossible to watch his own work, managed to sit through the whole film. Star Stephen Rea said that back in 1992 he thought it was a good little film, but it's only now that he can appreciate it as a masterpiece.

I've already said everything that I want to about this genre-hopping, gender-warping classic, one of the greatest movies ever made about love, but the Q&A was extremely enlightening, so I thought I'd share its greatest insights here. The greatest thrill was an unexpected appearance from Jaye Davidson, who walked away from a film career two years after receiving an Oscar nomination for the film, and who has largely avoided being in the public eye ever since.

This is an occasional series I do on the blog. Previous instalments are on Michael Winterbottom, Woody Allen, Sense and Sensibility, Warren William, Peter Lorre, Alfred Hitchcock and Lillian Gish (she got two obviously, here and here). 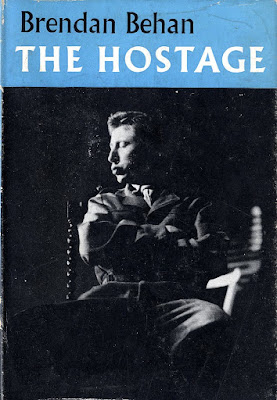 1. Behan inspired
Jordan explained that he was initially − if unwittingly − inspired by Frank O'Connor's short story, Guests of the Nation, and the Brendan Behan play that grew from it, The Hostage, which both dealt with the relationship between a British soldier and the IRA operative who's taken him hostage. In his initial drafts, the IRA operative met up with the soldier's widow (a hairdresser, as in the finished film), but that character wasn't a male transvestite. The change was inspired, he thinks, by seeing the Pulitzer-nominated M. Butterfly on stage. "We're often inspired by things and don't even realise it, that's not uncommon," he said. Another influence were those post-war American crime films. "When Miranda turns up in London, it turns into a noir," Jordan said. "There are shadows everywhere, and she's wearing that Joan Crawford jacket with the shoulders," added Rea. He had been Jordan's number one choice for the role of Fergus since the off. Woolley recalled constant calls from the actor's agent asking if the project was finally going to happen, because he'd been offered another play or film. "I'd say 'yes'," and before I could say, "but it's not going to be for a while", she'd have hung up.

2. A Dil pickle
Jaye Davidson was part of punky arthouse filmmaker Derek Jarman's coterie, and was spotted by Jordan at the wrap party for Edward II. When Jordan invited dozens of transsexuals to a casting call, Davidson "knew every one of them". The casting of a black transvestite as the love interest confounded potential financiers. Several studios, including one of Britain's biggest, agreed to back the film if they would swap Davidson out for an actress, who would wear a prosthetic in the movie's grand unveiling. Jordan refused. Stephen Rea shared a story about how a 'red-blooded Irish male' in one early screening said he fancied Dil and that Davidson was clearly a man, pointing to the mention of 'prosthetics' in the end credits to back his case. Due to the problems with finding backers, the film was made on a tiny budget, with producer Stephen Woolley giving costume designer Sandy Powell cash in hand to buy the movie's quietly iconic outfits. 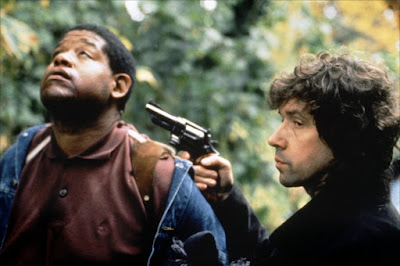 3. Can't see the Forest for the trees
Jordan was criticised by the press for giving an American, Forest Whitaker, a role that a British actor could have played. Miranda Richardson chipped in to say that she was criticised for playing a role that an Irish actress could have played. And Stephen Rea recalled that Irish audiences and critics complained that the men were too feminised and the women too masculine.

4. All's fair in love and war
The opening fairground sequence was shot in three days in November, "and somehow we got the sunshine we needed," Woolley recalled.

5. Dudley and more
Composer and Anne Dudley worked on her song routine together in Islington, though nobody can remember who sang the vocal that he mimes to. Lots of the background music during the film is unreleased offcuts supplied by Neil Tennant of the Pet Shop Boys, who also produced Boy George's cover of the title song, which plays over the end credits.

6. Giving films a bad name
The working title was 'The Soldier's Wife' (which is clear from the closing credits, which contain the words at least a half-dozen times!). Stephen Woolley (producer): "Neil thought that we should change it because people would expect a war film." Neil Jordan: "No, I wanted The Crying Game because that's its name."

7. Bombing in Britain
The film got mixed reviews in Britain and only found an audience after it exploded in America. Jordan says it was seen in the States as a story about gender and love. In a Britain still living in the shadow of the Birmingham bombing, the threat from the IRA was real, so audiences found it difficult to accept Stephen Rea's Fergus as someone human. Davidson said that a similar film today could succeed in Trump's America, because there are still "intelligent and interesting" people in every society. He added, though, that when visiting and later moving to America, he was struck by the lack of integration between different races, even when just walking into a bar. Jordan wasn't surprised by the film's success, because he believed everyone in the world would watch it, "or what's the point of making it", though Jaye only signed up for the project because he thought no-one would see it.

8. Gene therapy
Richardson remembered that Gene Hackman was incredibly taken with Jaye at the Oscars ceremony. "He was very sweet," said Davidson with a smile.

9. Jaye rights
I've always been interested in Davidson's decision to walk away from the career he could have had, so I asked him about that, and how he looked back on his time in the movies now. "There were few roles for black men and even fewer for gay black men," he said. "I don't think there was a career for me, and I didn't want to scrub around for a few weak roles, so I got out. To me it was a long time ago, and I don't regret it, because I'm happy with my life now."

10. Rea of sunlight
Did Fergus love Dil? "I still do," said Stephen Rea.

Thanks for reading. If you enjoyed it, please share it.
Posted by Rick Burin at 12:42