Ten things I love about Kiss Me Kate 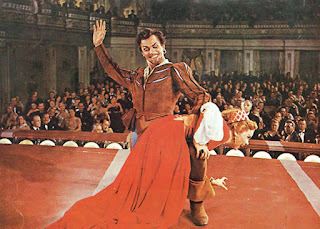 Can we just ignore this and enjoy the rest of the film, please.

Call me Old Man McBorefest, but I’m retreating into the past as far as my movie-watching is going. 17 of the best 19 films I’ve seen this year have been things I’ve seen before, and the only movie I got out of bed for during this year’s London Film Festival was made in 1953*. In 3D, I should add, which is why I just couldn’t miss it, attracted – as the film’s marketeers intended back in 1953 – by the chance to experience something that a TV screen just can’t deliver.

That film was Kiss Me Kate, which I think is ultimately my favourite of MGM’s many, many Golden Age musicals, because of its ingenuity, imagination and electrifying energy, typified not by its leads – the charming, tuneful Howard Keel and Kathryn Grayson – but by its author and its supporting artists. I love Broadway Melody of 1940 for its tap battle and Preston Sturges gags; I love that near-mythic semi-musical, A Star Is Born, for giving Judy Garland her greatest role, and breaking my heart; and I love Singin’ in the Rain, because I am a person.

This, though, elates and excites me in a way that no other offering from the Dream Factory quite manages. It has an odd dry-spot an hour in, there’s a slight disconnect between its central story and its subplots, and the costumes are frankly inexplicable (while Singin' in the Rain’s remain the apogee of cool), but it’s a simply monumental achievement, and the LFF screening was one of the defining cinematic experiences of my life so far. Now stop calling me Old Man McBorefest.

Here are the things I love about Kiss Me Kate: 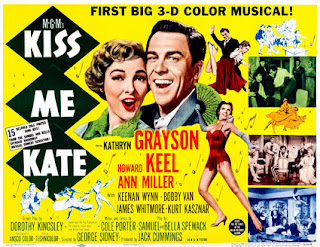 Like the now ubiquitous widescreen, 3D was a gimmick intended to drag audiences away from their accursed TV sets and back into cinemas. It worked a little, but not a lot. On this evidence, you wonder what else Hollywood could really have done: it's delightfully executed (well, except for in the final scene, where it totally breaks down) and augments a bright, showy musical in a fun, showy way. Fuck art, look how many things they’re flinging at us. 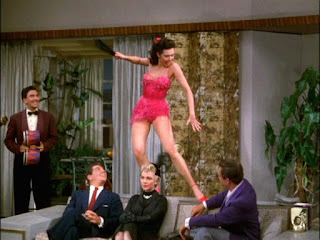 Ann Miller’s Bianca auditions for a part in Cole Porter’s new show by arriving in what is essentially her underwear, tapping her toes on anything that’ll move and chucking any and all superfluous clothes directly at the camera. I’d never fully embraced this number, but experienced with an audience, on the big screen and in 3D, it’s simply one of the most extraordinary sequences I’ve ever seen, an exhilarating, intoxicating, uproarious and hilarious showstopper that ticks every box going, draws a few more, and then ticks those too. 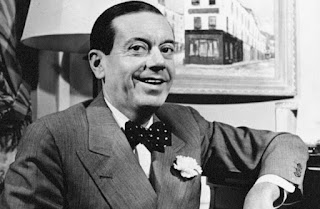 This is the film in which Cole Porter rhymes “Padua” with “cad you are”. At another point, it’s “ruins” and “scandalous doin’s”. Later, “Gable boat” and “sable coat”. Man, I love Cole Porter.

5. Porterian post-modernism
Backstage drama, on-stage drama: a stage drama that’s Shakespeare but with songs by Cole Porter – the same Cole Porter who appears in the opening scene, but played by someone else – where actors’ backstage dramas intrude on the drama unfolding, and the (hideously dated) spanking scene is provoked by those backstage dramas, but is also a part of the text of the drama they’re playing. Try to spot the joins: I bet you can’t. 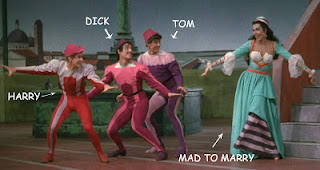 The exuberant, delightfully wordy Tom, Dick and Harry number has other glories too, perhaps the greatest of which is Miller’s first: “any Tom, Harry or Dick”, the drum starting to bang as the beat quickens and she begins to stomp, injecting a raw sexuality into what until then has just been three men describing themselves in oddly verbose terms.

He's just superb. His acting’s as broad as Gene Kelly’s, but his athleticism and dynamism are comparable too, and it’s a wonder watching this that he wasn’t a bigger star. If you do like seeing him spar with Bob Fosse here, then check out MGM’s 1955 musical remake of My Sister Eileen, which sees them engage in a stunning challenge dance.

8. From This Moment On
This number wasn’t in the original play, but a discarded piece from a 1951 offering added at the 11th hour. It’s a heady concoction that captures Porter’s mix of cynicism, sentiment and wit, while providing a dazzling showcase for Miller and her three suitors: Rall, Fosse and Bobby Van, whose contrasting styles are exhibited to stunning effect. From that glorious opening melody, every frame of the number hums with invention, imagination and sheer, unbridled energy, with one segment so startling that I’ve given it a section all its own...

9. Bob Fosse reinventing dance in just over a minute 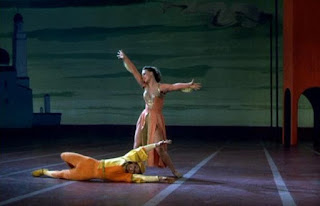 Legendary dancer, choreographer and director Bob Fosse had only just pitched up in Hollywood when he was cast in Kiss Me Kate. After a dazzling but conventional supporting part in a charming, neglected B-musical, The Affairs of Dobie Gillis, he properly announced his arrival here, with 64 seconds of finger-clickin’ goodness. Accompanied by regular co-conspirator Carol Haney, his angular, overtly sexualised routine turned everything on his head, winning him the chance to choreograph new Broadway show The Pajama Show, and launching the Fosse legend. I was joking when I said “fuck art”, as this is one of the greatest pieces of art I’ve ever seen. I often just watch this scene on YouTube if I’ve got a minute. 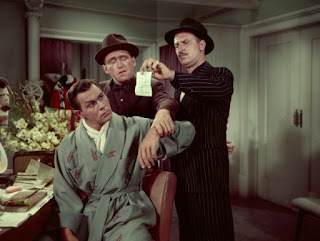 I’m not a big fan of this journeyman comic, but as a well-mannered gangster with a love of the theatre, he transcends his usual limitations – and perhaps even the material itself. No doubt this was what Woody Allen had in the back of his mind when he wrote the Chazz Palimenteri part in Bullets on Broadway.

Do you like Kiss Me Kate? TELL ME YOUR OPINIONS.

*I would also have been to see Terence Davies’s Sunset Song, but I was double-booked

Thanks for reading.
Posted by Rick Burin at 17:45