Ten things I learned about Sense and Sensibility 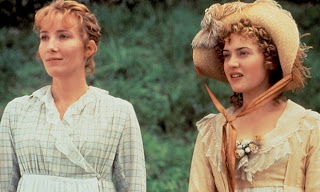 Yesterday I went to a screening of Sense and Sensibility, Emma Thompson and Ang Lee's peerless adaptation of the Austen novel. It was part of the Tricycle Theatre's ongoing British Screen Classics programme, curated by Jim Carter and Imelda Staunton, and came with a post-film Q&A featuring Thompson and her co-stars Greg Wise and Alan Rickman. The highlight was probably Mrs Rick telling Alan Rickman that she had learned to raise one eyebrow after watching him as Tybalt in Romeo and Juliet (and getting a round of applause for her troubles), but I also learned 10 (exactly 10!) things about the production. Which is great, because that means it fits into my occasional 'Ten things I learned...' series. A review of the film will follow - the movie's a stone-cold masterpiece - but first, here are the revelations:

1. Emma Thompson spent five years working on the script. She was encouraged by producer Lindsay Doran, who had enjoyed a sketch that Thompson had written about a man whose genitals were a small creature, and suggested that the logical progression was to adapt Sense and Sensibility.

2. She began the process by scripting the entire book, then chucked out anything that didn’t work. She tried countless times to perfect the scene in which Willoughby justifies his past actions – after turning up unexpectedly at Barton Cottage – but felt that it just didn’t work, clashing unreconcilably with the final shot of the character. An American member of the Jane Austen Society told Thompson that she couldn’t wait to see how she brought Anne to the screen; when she found out that the character had been excised entirely, she immediately walked off. 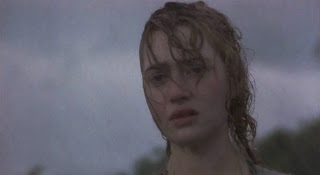 3. The near-legendary scene in which Marianne (Kate Winslet) walks to Willoughby’s house in the rain – which doesn’t appear in Austen’s novel – was added at an early stage. “That just seemed obvious to me. What would be more natural than going to the place where your lover is and just repeating his name? That’s what love is.” (This was from my question, as it's one of the movie's great moments and I wanted to know when she conceived it and whether the finished article matched what she had imagined when writing it.)

4. She knew that Ang Lee was the right director when she realised that the line: “What do you know of my heart?”, spoken by her Marianne, also appears in Eat Drink Man Woman, his 1994 Taiwanese film.

5. Thompson’s abiding memory of the shoot is “trying not to get found out”, as she was engaging in a passionate affair with Wise, now her husband. “Ang would say to me every morning: ‘You look tired, a heavy night?’ and I was thinking, ‘You have no idea’. Then he'd say: 'Let's pull the camera back.'"

6. Her favourite scene is the first meeting between Elinor, Edward, Lucy and Marianne, in which none of them can say what they really mean.

7. Ang Lee’s direction included (to Winslet, on the first day): “Don’t worry, you’ll improve”; (to Thompson): “Be less old” and (to Alan Rickman) “Be subtler. Do more”, which apparently meant: “Do more subtlety”. The director was troubled by the absence of his wife during shooting. On one day, Thompson found him sitting on a chair in the middle of a field, holding his head. “Tide go in, tide go out,” he lamented, “but still no sex.” 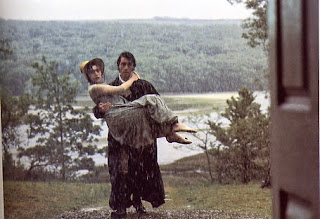 8. Greg Wise gave the costume designers clear directions regarding his first appearance in the film. “It has to be like Superman appearing,” he said. They obligingly gave him a cape. “He does have to be a superhero, because he’s this mythic figure,” he says today. “And he is mythic, in that he doesn’t exist. He’s a creation of Marianne’s.” That’s the actor’s favourite scene; Alan Rickman is fondest of the sequence in which his Colonel Brandon gets to gallop away at speed. “It must be something about men and horses.” (Rickman said his biggest challenge was playing "a thoroughly good person", as he likes to alight upon a character's imperfections, but feigned outrage at the idea that this wasn't his usual type, exclaiming that Snape "was a hero".)

9. The reason Kate Winslet is screaming hysterically in the sequence where she gets a high-octane buggy ride, is because Wise had accidentally taken the previous corner on just two wheels.

10. Hugh Grant complained about the climactic sequence in which Thompson weeps constantly during his confession of love, asking her: “Are you going to do that all the way through my speech?” “Yes,” she replied. “It’s funny.” 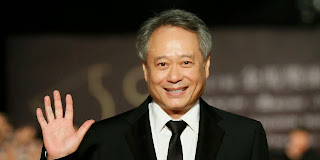 Thanks for reading.
Posted by Rick Burin at 12:54